How to Break a Fast Safely: Intermittent Fasting

Probably, you started doing intermittent fasting but halfway through you realize you haven’t looked into how to break a fast safely or you want to add more information on how to break a fast. Don’t worry, this article will tell you the safest and healthiest way of breaking a fast.

There are many reasons why people do intermittent fasting – for general health, increased longevity, better fat loss, boosting muscle growth and improving cognition.

But no matter what the reason for you is – you still want to follow a few guidelines when breaking your fast. Here’s why:

So, to not put too much stress on your gut or to not cause excess inflammation, you can’t just start eating whatever. 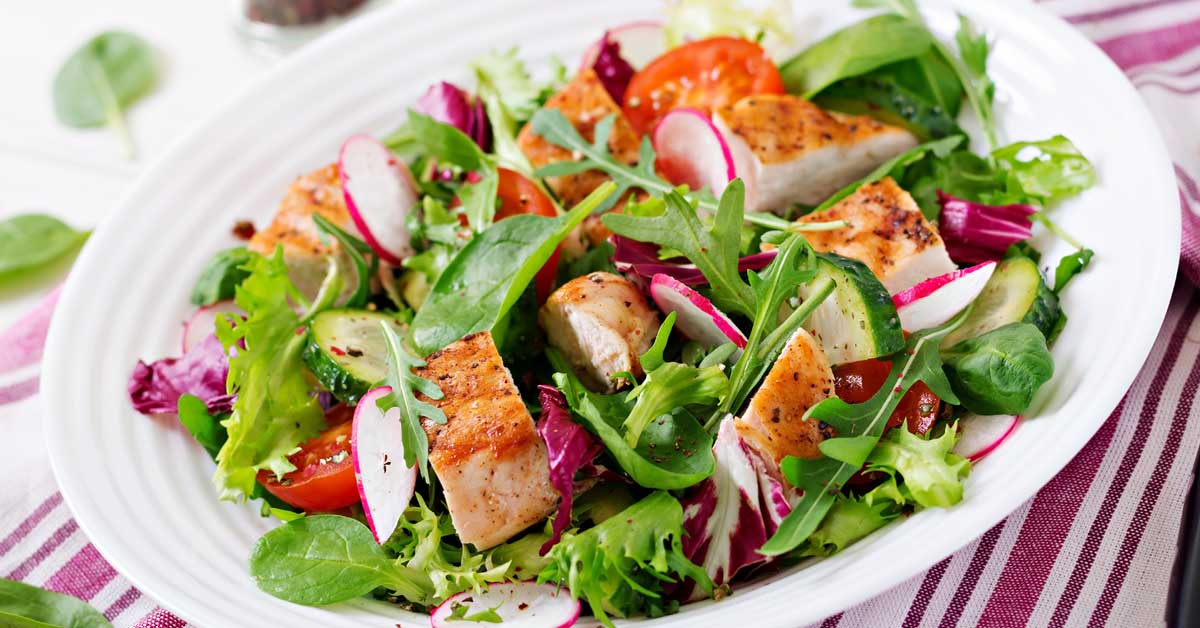 What Not to Do When Breaking a Fast

Research has also shown that consuming high amounts of carbohydrates may cause an abrupt weight gain. The reason for that is sodium retention.

While fasting you excrete a lot of water and refeeding on carbs causes antidiuresis of potassium and sodium. You’ll get bloated but you may also have an energy crash of insulin.

Therefore, you want to ease into eating the right foods at the right time when breaking your fast.

It also depends on how long you’ve been fasting for. If you’re coming off a 5 day fast, then you need to be more patient than you would when just doing daily intermittent fasting with 16 hours fasted.

Step By Step Guide to
Breaking a Fast

Let’s start off with the average situation where you’ve been fasting for about 16-18 hours and you’re nearing the finish line.

Duri, g your fast you can drink non-caloric beverages like water, tea or coffee.

Now that you’re about to break the fast, you want to consume something that stimulates the digestive tract without releasing insulin.

Alternatively, you can do this without apple cider vinegar as well and just use hot lemon water.

In any case, you want the citric acid from lemons to promote the creation of digestive enzymes in the gut before you eat.

How to Correct 5 Biggest Mistakes Made while Intermittent Fasting

What to Drink When
Breaking a Fast

After that, you can also drink some bone broth. Bone broth is amazing and super good for you because it has a ton of electrolytes but it’s also packed with collagen.

If you’ve been fasting for over 20 hours, then it’s a good idea to drink some bone broth or some soup before you eat anything solid. If you’ve fasted for just 16 hours then it’s not that important but still a good idea.

An alternative for bone broth is also fish broth.

You cook up all the leftover bits of the fish, like the head, the fins and bones so you could get all those extra omega-3 fatty acids, which are tremendously good for your brain and heart health. I mean, don’t just throw away these foods when there are still so many unused nutrients on them.

Break Your Fast and
Stay In Ketosis

If you don’t have access to bone broth but you still want to give yourself some immediate energy without crashing, then you can also consume some MCT oil.

MCTs get converted into energy faster because the fatty acids in it bypass the liver and go straight to the blood stream. This is beneficial because you’ll also prolong the effects of fat burning and stay in ketosis for longer even after having consumed calories.

After you’ve drunk your lemon water and maybe bone broth, then you should wait for about 15-30 minutes to let your gut absorb the nutrients.

You might feel your intestines waking up, which is a good thing.

What to Eat When Breaking a Fast

As we know, immediately starting to eat carbohydrates may cause you to hold onto excess water weight, especially if you’re consuming them with a lot of sodium. A spike of insulin will help you shuttle nutrients into your cells but also has some negative side-effects, such as sleepiness and drowsiness.

That’s why I recommend your first meal should be something small and low glycemic, no matter what diet you’re on. This will keep you in a semi-fasted state because of the non-existent rise in blood sugar.

You don’t have to worry about muscle loss either because ketones are protein sparing. Fasting already puts you into mild ketosis, but if you drank bone broth or MCTs, then you’re not going to cannibalize your own body.

Some examples would be:

Breaking Your Fast With Fruit

Fruit is made of fructose, which is sugar that can be metabolized only by the liver. It can’t be used to replenish muscle glycogen. Your liver can store 100-150 grams of glycogen, which gets depleted quite quickly during a 24 hour fast.

So, the best time to eat fruit ever is when your liver glycogen is empty i.e. when fasting or while exercising. Because if your liver is already full and you’re eating fruit, then that fructose will be stored as fat and you may even get fatty liver disease.

But there aren’t many benefits to fruit in general. If your liver glycogen gets depleted, you’ll be burning ketones and you don’t need to replenish your stores with fructose. You’ll be actually better off with continuing to stay in this fat burning state, rather than breaking it with sugar that you don’t need.

If you do choose to consume fruit, then still make it low glycemic and opt for fruit with more fiber, like apples, berries or pears.

How Much to Eat When Breaking a Fast

The first meal should be still relatively small. In total, it should be around 500 calories. Unless you’re coming straight from a workout.

If you’ve exercised on an empty stomach, then you would want to consume more calories to shuttle amino acids into the cells and promote protein synthesis.

What you eat after your first meal depends on what diet protocol you follow and how long your eating window is. But you really don’t need any more than 2-3 meals to consume your calories.

How to Correct 5 Biggest Mistakes Made while Intermittent Fasting