Chia seeds are a nutritious pseudo-grain that can be part of a healthy weight loss plan. But they’re not a quick fix to drop a dress size. And if you eat too many, they may have the opposite effect. No single food is ever responsible for healthy weight loss

What are chia seeds?

Chia is actually a member of the mint family and native to Mexico. Chia seeds are consumed like whole grains, but they’re a pseudo grain. That means they’re the carbohydrate-rich seeds of a nongrass plant. When chia seeds encounter liquid, they expand and form a thick gel. 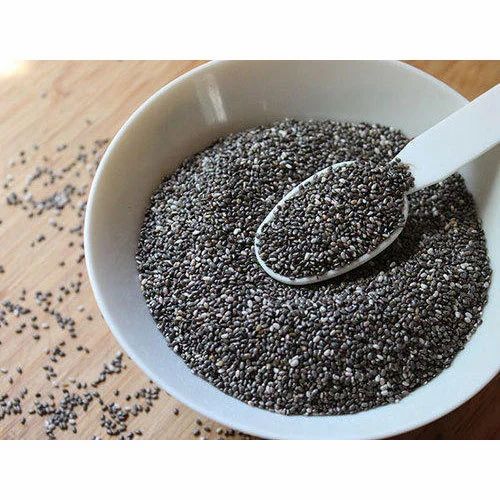 Chia seeds were said to be a staple of Aztec and Mayan diets, but were later banned because of their ritualistic religious use. Over the last century or so, they’ve enjoyed a minor following, but recently made a comeback on the market as a potential superfood.

There are many assertions on the internet that chia seeds curb your appetite and promote weight loss. The running theory is that since chia seeds are filling and high in fiber, they keep you fuller longer. They may therefore help prevent overeating.

Two tablespoons of chia seedsTrusted Source have almost 10 grams of fiber. That’s around 40 percent of the recommended daily intake. Diets high in fiber have been linked to weight loss. According to 2015 researchTrusted Source, eating 30 grams of fiber daily may help you lose as much weight as if you followed a more complicated diet.

Here’s the catch, though. Research doesn’t back the hype. There are few human studies on chia seeds and weight loss. A 2009 study reviewed the effects of chia seeds on weight loss and disease risk factors.

For the study, 90 overweight or obese adults consumed either a placebo or 25 grams of chia seeds mixed with water before their first and last meals of the day. Unfortunately, the results showed no impact on body mass, body composition, or disease risk factors.

Chia seeds are also relatively high in calories and fat. Two tablespoons have 138 calories and 9 grams of fat (1 gram saturated). When used in moderation, chia seeds may help you feel more satisfied and less likely to eat too much. Still, if you eat too many throughout the day, you may go over your daily calorie limit.

A 2012 reviewTrusted Source found that foods and supplements high in ALA may reduce your risk of metabolic syndrome and coronary heart disease. But at least one study found that high ALA levels are associated with an increased risk of sudden cardiac arrest.

Of the 16 studies reviewed, half supported the health benefits of ALA while the others did not. More research is needed.

Chia seeds pack a lot of nutrition in a tiny package. Here are some of the benefits:

Chia seeds also contain zero cholesterol. They don’t have any vitamins to speak of, but they’re a good source of several minerals, such as:

Chia seeds are a nutritious pseudo-grain that can be part of a healthy weight loss plan. But they’re not a quick fix to drop a dress size. And if you eat too many, they may have the opposite effect. No single food is ever responsible for healthy weight loss.

Although some people claim to lose weight after adding chia seeds to their diet, it’s likely chia seeds were only one component of an overall healthy diet and exercise plan. And since chia seeds are tasteless unless blended with other foods or flavored liquids, some people prefer to get their calories from a more satisfying source.

Note: Chia seeds may interact with blood pressure medications or blood thinners such as warfarin. If you take any of these drugs, don’t eat chia seeds.

Things to Learn Before & After Intermittent Fasting